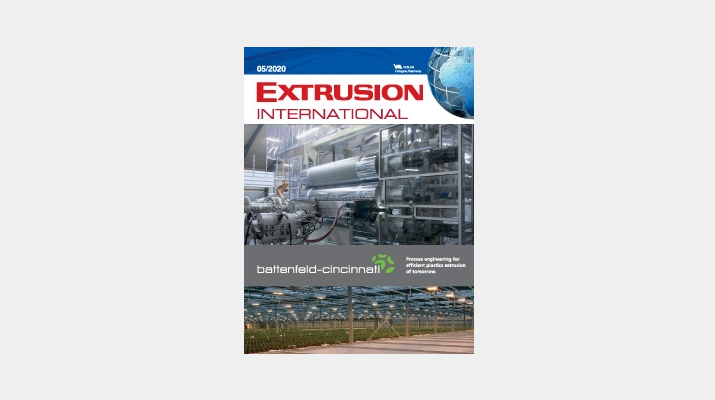 Industry and Associations stand by Trade Fair Dates: wire and Tube will be held

Messe Düsseldorf creates all the requirements for holding successful and hygiene-conforming trade fairs in COVID-19 times.  The European umbrella organisations as well as major companies of the leading international trade fairs wire and Tube clearly  speak out in favour of the trade fair dates from 7 to 11 December 2020 at Düsseldorf Fairgrounds

Innovation and Enhanced Performance in the Production of Multilayer Pipes

In this article will be showcased how Tecnomatic, a leading manufacturer of processing equipment for polyolefi n and PVC  pipes continues to improve the technology and performance for the production of complex multilayer pipes with functional  layers

For ecological and economic reasons, fi ber residues must be appropriately processed and reused, which in some cases poses  major challenges for fiber manufacturers and processors. Several customers have therefore decided to use key components from Gneuss Kunststofftechnik

Innovation and Enhanced Performance in the Production of Multilayer Pipes

Buss AG inaugurated the first kneader test center in 1948 and delivered the fi rst compounding systems for PVC and  polystyrene in 1950. The company subsequently established this technology globally as the system of choice for producing  compounds both effi ciently and particularly gently

Guill Tool has opened an in-house rheology laboratory, making it the only extrusion tooling manufacturer in the industry with  such a capability